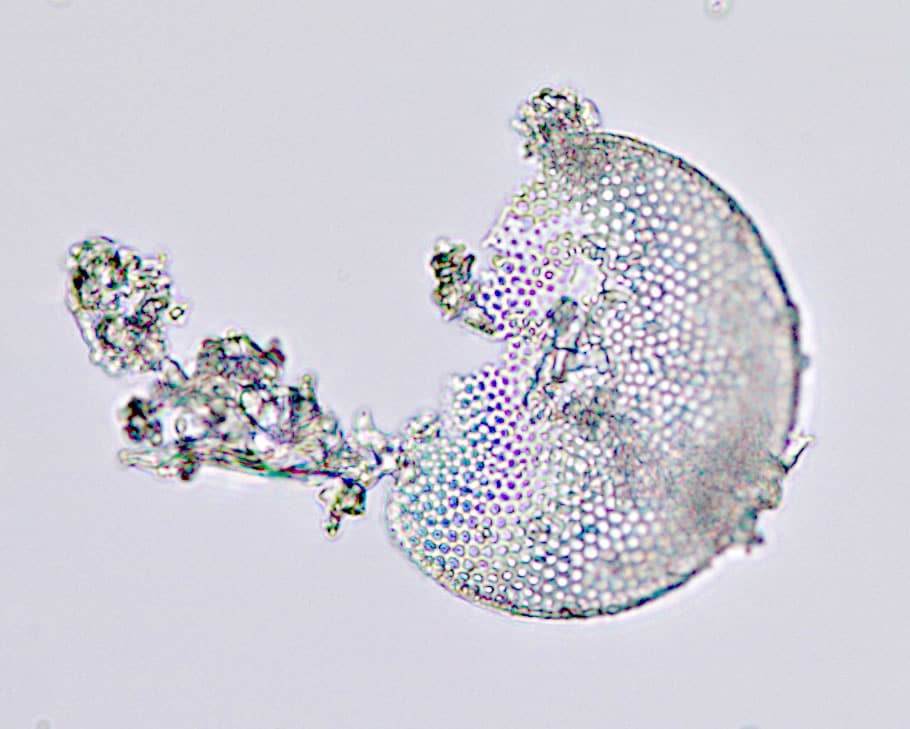 Diatoms are a major group of algae that belong to a very widespread variety of phytoplankton. Diatoms are unicellular, although they can form colonies in the shape of Ribbons or filaments as in Fragillaria, fans as in Meridion, zigzags as in Tabellaria or stars as in Aaterionella. The first diatom formally described in scientific literature, the colonial Bacillaria paradoxa, was found in 1783 by Danish naturalist Otto Friedrich Müller.

Diatoms produce within the food chain. A unique feature of diatom cells is that they are enclosed within a cell wall made of silica (hydrated silicon dioxide) called a frustule. These frustules show a wide diversity in form, but are usually almost bilaterally symmetrical, hence the group name. The symmetry is not perfect since one of the valves is slightly larger than the other, allowing one valve to fit inside the edge of the other.

Fossil evidence suggests that they originated during, or before, the early Jurassic period. Only male gametes of centric diatoms are capable of movement by means of flagella. Diatom communities are a popular too for observations of the environmental circumstances, past and present, and are commonly used in studies of water quality. There are more than 200 genera of living diatoms, and it is estimated that there are approximately 100,000 extinct species. Diatoms are a widespread group and can be found in the oceans, and in in freshwater. Most live pelagically in open water, although some live as surface films at the water-sediment interface (benthic), or even under damp atmospheric conditions. They are especially important in oceans, where they are estimated to contribute up to 45% of the total oceanic primary production.

Most diatoms are non-motile, as their relatively dense cell walls cause them to readily sink. Planktonic forms in open water usually rely on turbulent mixing of the upper layers by the wind to keep them suspended in sunlit surface waters. Some species actively regulate their buoyancy. Diatoms generally range in size between 0-200 μm and build intricate, hard but porous cell walls (called  frustules or  tests) composed primarily of silica. This siliceous wall can be highly patterned with a variety of pores, ribs, minute spines, marginal ridges and elevations; all of which can be used to delineate genera and species. The cell itself is composed of two halves, each containing an essentially flat plate, or valve and marginal connecting, or girdle band. One half, the hypotheca, appears slightly smaller than the other half, the epitheca. Diatom morphology varies. Although the shape of the cell is typically circular, some cells may be triangular, square, or elliptical.

Reproduction among these organisms is primarily asexual by2 binary fission, with each daughter cell receiving one of the parent cell’s two frustules (or theca). This is used by one daughter cell to produce a second smaller frustule called hypotheca from the frustule that is bigger, called the epitheca.