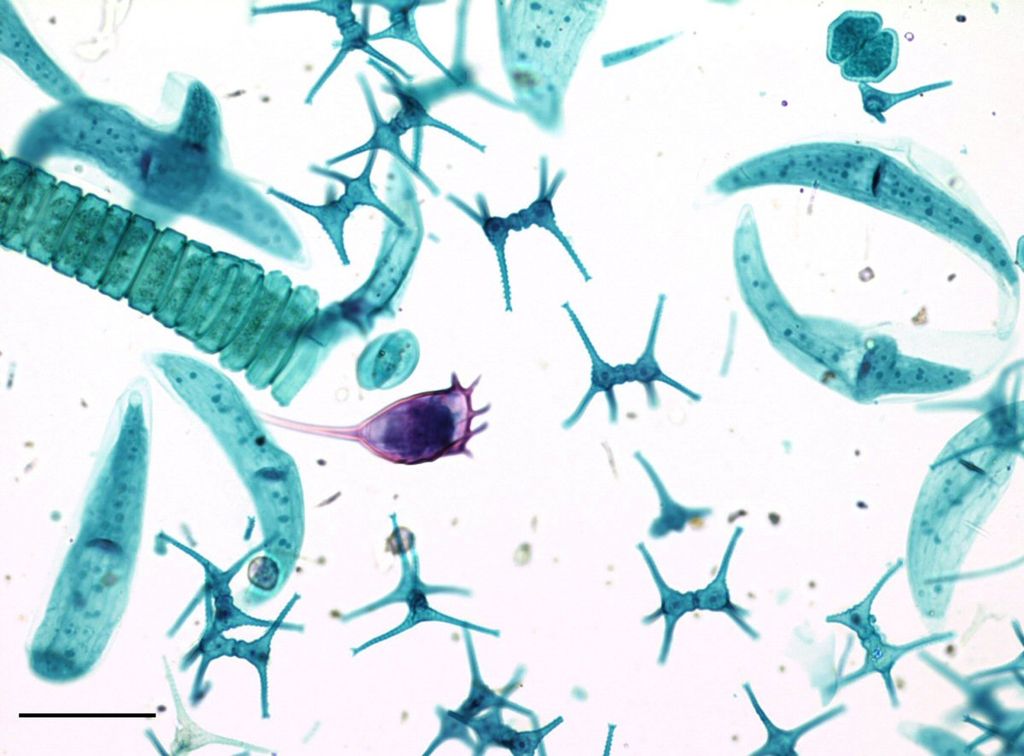 Desmids come from the category of Desmidiales, in the Charophyta, a classification of green algae; they are a close associate of the land plants, called Embryophyta.
According to an arrangement of the cell wall, normally, they are classified into 2 families.

In the Desmidiales, there are around 40 genera and over 10,000 species, this makes them a bigger group when you put together all the other charophytes.

The Desmids mainly inhabit the freshwaters, like rivers, ponds and lakes. They live there, perhaps in the form of Phytoplankton; on the submerged luxurious environments, on the bottom in the form of benthic dwellers or on flooded vegetation of plants. Besides, they are chances of finding them in either in saline waters or on ice or snow. The majority of the Desmids are unicellular; even then, several species grow in the form of lengthy threadlike colonies. There are several species in the fissures, in the marshes, in the midst of patches of sphagnum. The pH is about 4.0, this flora thrives in the best surroundings.

We rarely find the Desmids in water that is polluted, because in the summer seasons, the water becomes turbid due to the vast growth of other groups of unicellular algae. The greatest chances of finding them are in tiny pits and in bogs and in flenses, covered with moss. On the whole, it appears that the more varied and fragile, the arrangement of of the aquatic plant vegetation is, the more fascinating and richer is the Desmids flora associated with them. It is on account of this that Desmidiologists suggest a visit to naturally beautiful aquatic sites. These algae have unicellular arrangements, whilst, at times the cells get divided into 2 identical partitions, divided by isthmus or by a thin bridge, The nucleus in the form of a sphere is positioned in this. Within every semi-cell, there is a big, mostly folded chloroplast for the purpose of photosynthesizing. It is possible to find 1 or even more paranoids’ (according to Wikipedia in the chloroplasts, we find sub-cellular micro-compartments in chloroplasts). It is here where carbohydrates are formed for the storage of energy.

The Desmids takes up eye-catching and much identical forms, such as star-shaped, lengthened and of the rotund design, this is how they are classified. The biggest of them are visible to the naked eye.

Desmids have typical crystals of Barium Sulfate at both extremes of the cell; they display an uninterrupted Brownian way of motion.

Similar to several other charophytes, Desmids are void of flagella; which seem to have disappeared in some stage of their group’s revolutionary process. As such motive gametes alone are insufficient for reproduction. However, to a certain extent conjugation is a method where two cells get-together and join. In the actual (placoderm) desmids, division of cells takes place at the thin isthmus that divides the two semi cells. While the isthmus stretches, a septum of principal material the wall meets between the thinnest section, and mitosis takes place. The joining of the two desmids leads to the fusing of their cytoplasm into a solitary diploid cell, called the zygote that is encased in a thick wall. In due course, the zygote undergoes meiosis, producing new individual haploids. For that reason, just one set of chromosomes is needed for growing desmid’s cells and in the life cycle, the only diploid is the zygote.

In addition, several desmids have secretion of translucent and gelatinous mucilage from the pores of the cell wall, which perform the duty of a defensive agent.