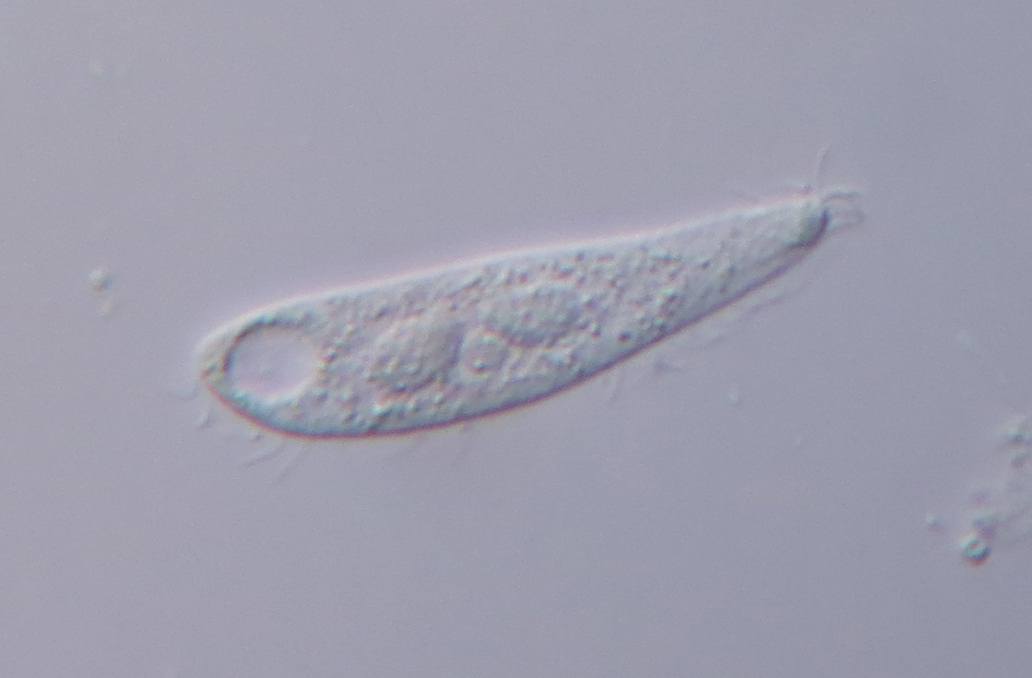 Ciliophora is the protozoan phylum in the now-obsolete kingdom Protista. They are described by the presence of hair like organelles known as Cilia. They are considered the largest and most difficult of the protozoan. Ciliophora are found in the both terrestrial and aquatic habitats. Many of them are carnivores.

They have complex cells, including two nuclei named macronucleus and micronucleus. The Micronucleus is essential for the function of development and the Macronucleus to control metabolic and development function. They also have a variety of organelles like cystome. They are single celled organisms and in one small stage in their life cycle, they possess a short hair like organelle called cilia, which is used for food gathering and locomotion, which consists of a power stroke and a following return stroke. They are an important group of Protists (A large group of diverse unicellular eukaryotic microorganisms that form no tissues). They can be found in a variety of shapes from the stalked forms to that of a paramecium.

They have a complicated outer layer called the cortex that a microfilaments layer separates from the cell’s interior. Each cilium or hair like structure is connected with tubules and molecules of structural protein that result in kinetosome and   form rows which are known as Kineties. Most Ciliophora have a contractile vacuole and a flexible pellicle.

Ciliophora are characterized by the three main features. First, they exhibit nuclear Dimorphism. Second, as a sexual process, they undergo conjugation. And the third, at the stage of their life cycle they have cilia. They are found in lakes, soil, pond, oceans and rivers. These are the parasites with small size and they are difficult seeing with the naked eyes. They are normally attached to aquatic plant surfaces. They are fused together in tufts or rows. This single celled organism either lives in colonies or alone. In the water, they make pustules on the skin of fish. They possess simple cilia or compound Ciliary organelle. In nature, they are found in fresh water. They can be arranged in a specific ways and also help species adapt their lifestyle.

Ciliophora have no hard parts and their fossils are rare. There are many types of Ciliophora such as Paramecium, Didiphora, Vorticella, Stentor and Suctoria. They get their name by the method of their locomotion. They derive their name from the Latin word “eyelash”, which explain the appearance of many Ciliates. From the period of Ordovician, the oldest known Ciliate fossils were “Tintinnids”.

A Subdivision of Ciliophora consists of:-

Parasitic Ciliophora can cause death of animals. Ciliophora are Heterotrophs, the feed on small organisms like algae and bacteria. Through the mouth pore, the food is moved by the cilia into the gullet that forms food vacuoles. Their undigested waste is discharged at a permanent site. They often form a relationship with bacteria, but some bacteria may be harmful for them. They have one or more important contractile vacuoles that collect water and drive out it from the cell to maintain osmotic pressure and in some functions, it also maintains iconic balance.

Ciliophora are model organisms. Towards humans and animals, they act as a parasite. They are an important component of the aquatic ecosystem and they act as predators of bacteria and protozoa. They provide nutrition to organisms at higher levels.