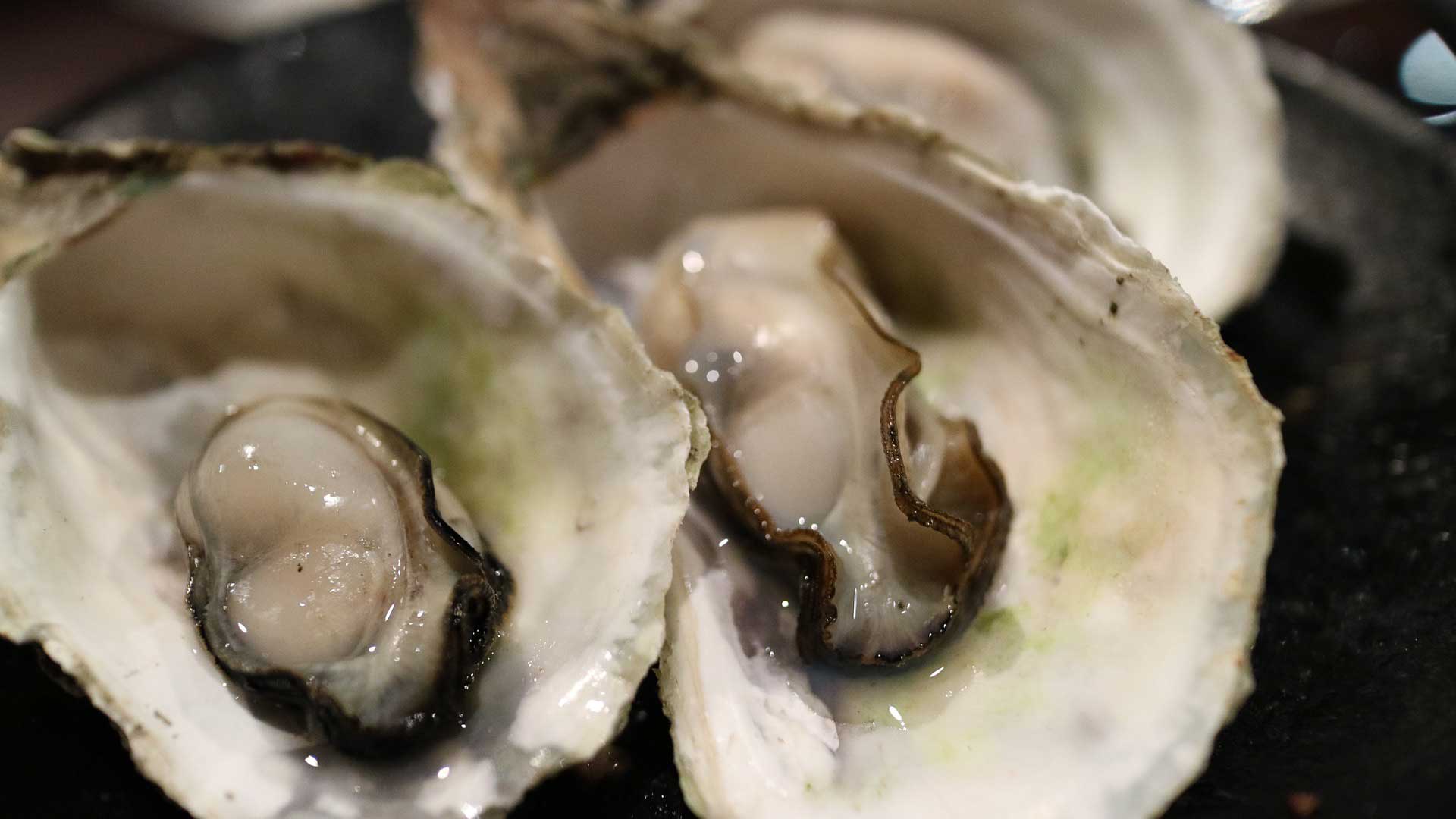 Oyster is the general name by which a variety of families belonging to the saltwater clams are called; bivalve mollusks found in brackish habitats or marine habitats. Certain varieties have high calcified valves, besides, several are shaped irregularly. Several, excluding some, belong to  the super family Oysteroidea.

People normally consume certain varieties of Oysters, either raw or cooked, as a delicacy. Some people harvest certain varieties of pearl Oysters just for the production of pearls inside the mantle. Some harvest windowpane Oysters for obtaining the translucent shells they are useful in making different kinds of ornamental materials.

Oysters belong to the variety of filter feeders; they take in water above their gills, via the beating of cilia. The plankton and other particles that are trapped within the mucus of the gills are drawn into the mouth, and from here they are consumed, digested and discharged in the form of pseudo feces or faces. The favorable temperature for Oysters to take food is temperature exceeding 10°C (50° F). It is possible for a single Oyster to filter above 5 liters (1.3 gallons) of water in an hour. There was a time in history, when the Chesapeake Bay’s were population was flourishing, they then filtered nutrients in excess of the entire volume of the estuary alternatively every 3 to 4 days.

Oysters give provision for several marine species, as a keystone genus. Saccostrea and Crassostrea dwell mainly in the intertidal zone, whereas the Ostrea lives in the sub tidal zone. The nooks in between the shell and the hard surface of the Oyster shell provide shelter for a host of tiny animals. Hundreds of animals like the barnacles, sea anemones and hooked mussels, inhabit the reef of the Oyster. Several animals belonging to this category become prey to the bigger animals, which includes the striped bass fish and the croaker and black drum fishes.

The normal maturity time for an Oyster is a year. They belong to the Protandric class; initially in the first year, they generate as males, releasing sperms in the water. In the course of their growth, when they retrieve enough energy, during the next 2 to 3 years, they generate as females and release eggs. The spawning period of the Bay Oysters is normally June end to Mid of August. Some Oysters spawn, when there is a rise in the temperature. This activates the rest to spawn, thereby making the water clouded with the millions of sperms and eggs. In a year, it is possible for a single Oyster to lay as much as 100 million eggs. These eggs are fertilized in the water and get developed into the larvae; these larvae naturally are in search of proper places, like the shell of another Oyster, for settling. The Oysters that are joined are named spat. The length of the spat Oyster is below 25 mm (0.98 in.). Several varieties of bivalves and Oysters appear to settle down   adjacent to the adult varieties.

It is over a century that culture of Oysters began. Presently, one of the most widely grown bivalves all over the world is the Pacific Oyster, called Crassostrea Giga. The 2 most commonly used methods are bagging and release. In either situation, cultivation of Oysters is done onshore, on spats, where they are capable of attaching themselves to a suitable substrate. There is a chance for them to mature and become “seed Oysters”. In both the situations, they are further laid in water for maturing. The technique of releasing consists of, allocating the spat all through the available oyster beds, permitting them to have a natural maturity and are gathered in the same way as wild Oysters. In Bagging, the cultivator puts the spats in bags or racks and retain above the bottom. Harvesting here consists of just raising the racks or bags to the surface and taking out the Oysters that are matured. Even though the latter method is more expensive, it avoids losses to predators.

Oyster farming that has been increasing rapidly in the USA and the Gulf of Mexico, uses the bottom leases, in what is referred to as the Off Bottom method, mainly intense in Louisiana. Though oyster farming is dependant to a large extent on the environment, oyster farmers have now adopted the off-bottom intensive method and come up with a source of premium oysters that satisfy the niche market needs. The University OF Alabama has contributed in no small measure to the development of this premium variety of farmed oysters and the niche market identification as well as the pre harvest and post harvest treatments to the products depending on the environment concerned, based on the economic data available.

The Mississippi-Alabama Sea Grant Consortium in 2010-2011, had been burning the midnight oil to draw data, compare it, and conclude on the most viable methods of oyster farming for the benefit of the oyster farmers in Mexico’s North Central Gulf Region. Accordingly, they planned a three pronged solution to the problem. They sought the service of 3 oyster farmers for their experiments. Oysters are consumed either alive or cooked fresh. The live oyster’s shell is generally snap shut or closed tightly; give a slight tap. An Oyster with an open shell is declared dead and not safe to eat. When Oysters are cooked in the shell, they are killed and the shell opens automatically. In the traditional method, Oysters that one cannot open were thought as dead prior to cooking and so not safe. Oyster shell contains calcium carbonate, which is a dietary supplement. There is no proof that this gives any benefit further than that of calcium.