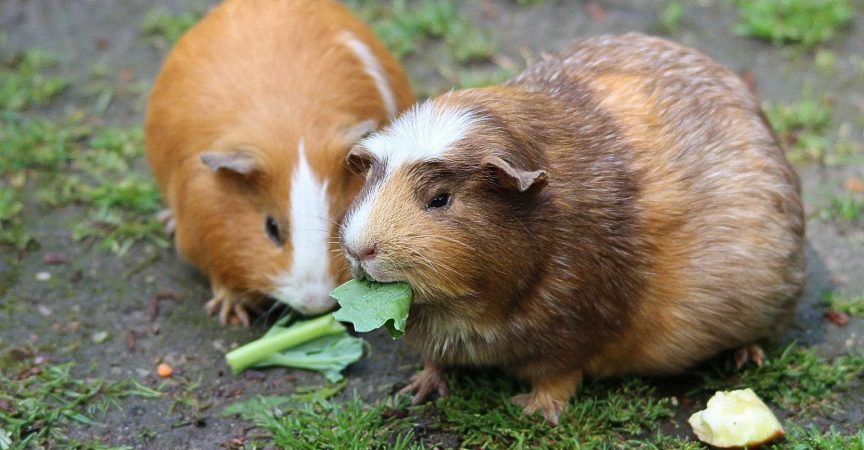 Guinea pigs are also known as Cavy. Guinea pigs are species of rodent and belong to the Caviidae family and Cavia genus. They played an important role in the folk culture of many native South American groups, especially as a source of food, in community religious ceremony and also in folk medicine. They are found in the Andes Mountains of South America, where they provide a stable source of food for the locals. They are native to the west coast of South America and many laboratories the world over are sadly using them for research. From mid 1800, Guinea pigs were brought to Europe by English, Dutch and Spanish traders, where they became popular as interesting pets, among the royalty and upper classes, as well as Queen Elizabeth I. In the 15th Century, during the travels to the new world, they were brought to Europe by Spanish sailors from South America. They are one of the most attractive and wonderful pets. According to the Guinness book world record for the year 2006, the longest living Guinea pig lived for 15 years. There are about three breeds of these pigs, which are usually kept as pets.

The first common guinea pigs were domesticated in the 5000 BC for food by tribes. In the Western societies, they became very popular as a household pet. Their easy handling and easy caring make them a popular pet.

Guinea Pigs are tailless rodents and at the time of birth, they usually weigh around 700 or 1200 grams and their average life span is 5 to 6 years. An adult guinea pig measures 8 to 10 inches from the tip of its nose. Their hairs have wide range of colors and they may be short, long or curly.  They have a sensitive hearing and a good sense of smell. Guinea pigs are cuddly, clever and comical. They are social animals and can easily recognize their owners and show their feelings. They like to sing with squeals, chirps, whistles and squeaks. Their ears are very sensitive to loud noise. They like to live in pairs and prefer company. There are 258 bones in their body. Their teeth constantly grow, so they require appropriate toys to chew. These pigs interact and communicate with each other by their behavior and sound. The Male guinea pig is called “boar” and female guinea pig is called “sow” and a baby guinea pig is called a pup. A guinea pig’s natural diet is grass. They are herbivorous and they mostly eat green grass and vegetables. They need 10 grams of vitamin C daily, which they obtain through vegetables and fresh fruits. They do not like extreme cold or extreme hot weather, they like somewhere in between. They do not sleep for a long time and throughout the day and night, they prefer short naps. They are active up to 20 hours in a day. When they are happy, they purr and make a whistle noise when excited. On their front feet, they have 4 toes and 3 toes on their back feet. Grains such as oats, wheat, bran, chops and corn are good for their health. These give them strength. During the process of grooming, a milky white substance is secreted from their eyes. A Group of pigs often chews each other’s hairs and by this method they establish a hierarchy within a group. Generally, they live in a cage, but some owners provide an entire room to their pets. They have the ability to develop social relationship with other species of animals.

Guinea pigs breed in the summer season. They are known for their ability to produce quickly. At the age of 10 weeks, guinea pigs reach sexual maturity. Female and male guinea pigs can become abundant between 4 to 10 weeks. Female pigs do not breed before 4 months. Their gestation period lasts for 63 to 70 days and the female guinea pig gives birth to 2 to 4 babies. Because of the large size of the pups and long gestation period, the pregnant female pig may become large. 3 hours after birth, their babies can run. These babies born with their eyes wide open, a full set of teeth, with hair and the ability to run. Guinea pigs make no preparation and effort in the process of birthing. Their babies are adorable small versions of their mother. A female pig can give birth to 5 times per year.

The guinea pigs are so popular for its meat and that around 1 billion pigs are bred every year as a source of food. To rear a large population of guinea pigs, farms are more convenient. They are easily tamed and healthy. They easily adapt themselves to the available conditions. They are used for three main purposes; as a food, as a pet and for experimental purpose in medical research and in the laboratories. Their farming is done for the production of meat. In the developing countries of West Africa, many efforts have been made to promote Guinea pig husbandry. The cost of rearing guinea pigs is low and gives good profit.

Farmers raise guinea pigs for health and wealth. They require little space to grow. Their meat is lean, white, tasty, healthy and good for consumption. Farming o Guinea pig is an occupation which improves food security and employment formation. Because of its nutritional benefits, the demand of its meat is increasing yearly, particularly by health conscious people. In the Andes, Guinea pigs were domesticated for the meat. Traditionally, In the Andean highlands, they were reserved for the ceremonial meals by indigenous peoples. But, for the 1960, they become abundant and many people started consuming their meat. In Bolivia and Peru, they have become a major part of the diet. Their meat is prepared as an exotic dish by many western celebrity chefs. Their meat is good for health. It is low in fat and cholesterol and high in proteins. The people of Peru consume about 65 million pigs every year. The meat of guinea pigs is also consumed in Columbia and in parts of Ecuador.

Notwithstanding their name, Guinea Pigs”, they neither come from Guinea nor do they belong to the pig category, their origin being the Andes.

These animals do not produce Vitamin C, which needs to be complemented from an external source,

Unless they continue chewing on something or other, they cannot control the random growth of their teeth.

Though their normal life span is 7-9 years, the longest living guinea pig was 15 years old and has been recorded by the Guiness Book of Records.