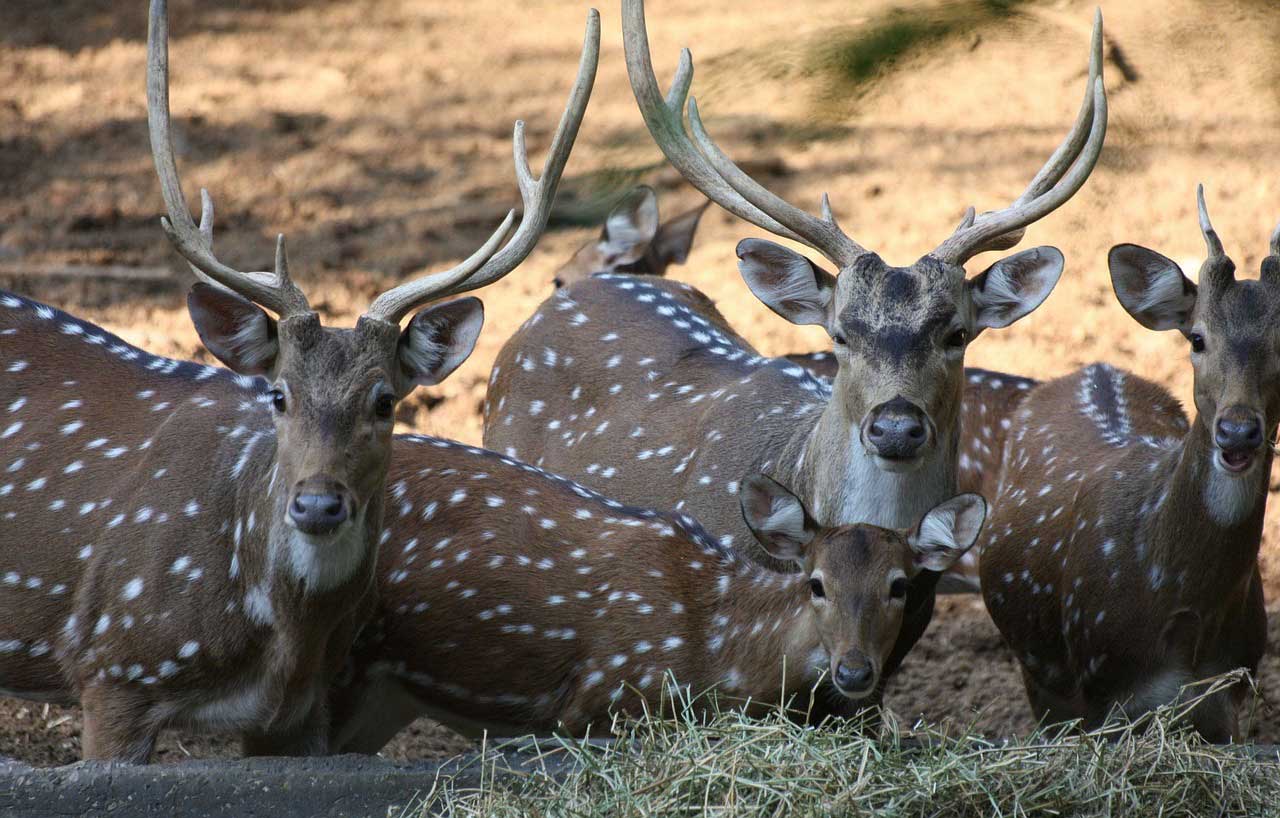 The Elk is also known as Wapiti, which means “light colored deer”. This name is derived from the “Shawnee” and “Cree” word which means white rump. This name is particularly used for the Asian subspecies because in Eurasia, the word Elk is used for moose.  It is one of the largest species in the world within the deer family. Until recently, red deer and elk were considered to be the same species. But in the year 2004, the mitochondrial DNA studied hundred of samples.  In the Eastern Asia and North America, it is one of the largest land mammals.  They are native to North America, Ontario and East Asia.  They have adapted well to countries where they have been introduced such as New Zealand, Australia and Argentina.  Elk migrate to high mountains to graze grounds in the early summer season. The average life span of an Elk is 20 years. They inhabit the desert valleys, alpine meadows, coniferous forests, deciduous forests, steppes and mixed forests. In the North America, female elks are referred as ‘cow’, and male elks are referred as ‘bull’. In Asia, males are known as stags and female are known as Hinds. The male elk produces a loud sound which is known as bugle. They are susceptible to infectious diseases, some of which are transmitted to livestock.

Elk are ruminants and are predominantly grazers. They are herbivores. They mostly eat upland grasses and legumes. Sometimes, they also eat meat. They have four chambered stomachs and have a tendency to do most of the feeding in the morning and evening. They also eat grasses, forbs and sedges in the summer season. In the winter season, they feed on woody plants such as cedar, eastern hemlock, wintergreen, jack pine, red maple, sumac, basswood and stag-horn. They consume 20 pounds food in a day. They are large animals with 4 to 5 feet at the shoulders and weight 300 to 1100 pounds. Male elks are bigger than female elks. Males develop antlers which can reach 4 feet in height and 40 pounds in weight. They shed their antlers in the month of March. Antlers are covered with a skin which is known as velvet. They have a large head with long ears and massive body. They have a short tail and thin legs. Antlers of elk are used in making tools, mats, boats, sandals, clothing, covers and blankets. In some parts of Asia, antlers and velvet of elk are used in the making of medicines. Antlers are also used in the manufacturing of furniture, artwork and novelty items. The male elk is known as buck and a female is known as doe. And the baby elk is known as calf.  Elks communicate to each other by their feet. Many farmers consider elks pests because over browsing can cause damage to agricultural crops and valued trees. They prefer open woodlands and avoid dense unbroken forests. They can also be found in coniferous swamps and coniferous hardwood forests. They vary their coat color from a light tan coat in summer to a darker brown coat in the winter season. Neck, legs, head and belly are darker than other parts of the body. In the spring season, elk begins to grow antlers from bony bumps on their skull.  At the beginning of the spring season, they migrate into the mountains and at the beginning of the winter season, they return back to the valleys. When two equally sized elk meet up, they fight each other and this fight results an injury. They can run at a speed of 45 km per hour. They are favorite prey for wolves.

Elk are single offspring species. Their mating takes place in the fall season. Testosterone hormone level in male makes them aggressive and drives them to attract and defend a Harem of up to 20 females. At the age of 2 years, they reach sexual maturity. At the age of 4 to 5 years, males start to reproduce. At that time they became strong enough to beat other males. In females, pregnancy lasts for 240 to 262 days and they produce one calf. Females give birth in thick bush; they leave the herd to give birth. 20 minutes after birth, the calf is able to stand on its feet and after 2 weeks, the calf is capable to join the herd.

Farming of elk in an agricultural industry for the production of elk as livestock until the 1960, few Elks were commercially raised for sport hunting, zoos and game ranches. In New Zealand and North America, farms of elk are common. In the Unites States, the elk farming market is relatively new. Farming of elk is also done for its velvet.  The antler is a living, growing tissue of elk. If uncut, velvet turns into hard bone like material and then shed in winter season. Soft antler is surgically harvested in 65 to 75 days of growth. To protect them from harm, extensive measures are also taken. The cut velvet is first frozen, dried and then shipped to manufacturers, who cube, slice and grind and use in a variety of creative products. A research in North America shows that the velvet contains Chrondroitin and Glucosamine that have natural anti inflammatory agents and nutrition value. Many antler velvet products are used to regenerate hemoglobin, increase lung efficiency, control blood pressure, granular function and muscle tone. It is also used in healing ulcers and relieving arthritis. It is also used to treat common cold and curing of infertility problems. A male elk can produce approximately 10 to 11 kg of antler velvet yearly. This velvet is collected and then sold in the market in East Asia.

There is a lot of difference in the enclosure that holds the elks from those of the cattle. A minimum 8-eed high fence is mandatory and the fence material must be of high tensile quality for durability. Sufficient fresh water sources and grazing land are necessary. Stretch one line of barbed wire at the bottom edge of the fence to prevent predator entry. The meat of elk has long been considered the premier animal protein. Their meat is known for its taste and it is much superior to other animal meat because it is lower in cholesterol and fat. They are hardy animals and require little attention. A variety of dishes can be made from elk meat. Meat, eggs and dairy products of elk are ideal for the health. Meat elk meat is also a good source of iron, phosphorus and zinc.