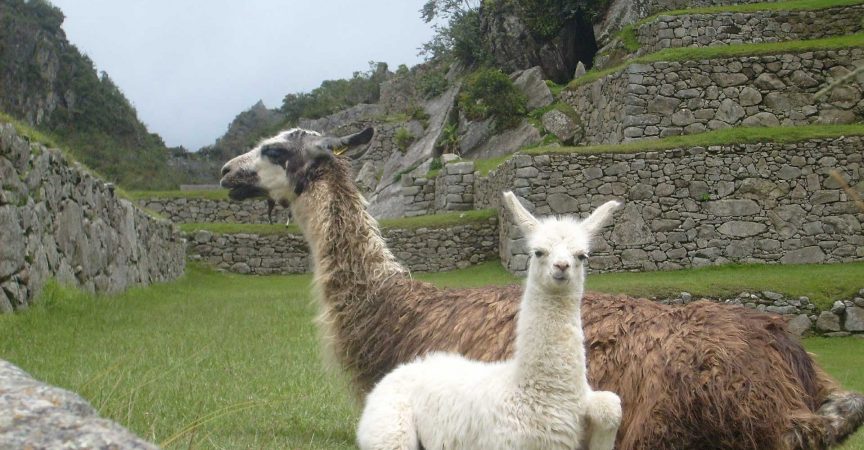 Camelid are the animals belonging to the Camelidae family, and Tylopoda suborder. This family is the sole member of the Tylopoda suborder; the extinct ones are dromedary camel,  guanacos, alpacas and a few others. These even-toed ungulates are the members of the Artiodactyla order that also include whales, deer, pigs, hippopotami, cattle, antelope, cattle, goats and others. The species llama is a type of Camelid that is basically domesticated for meat and as a pack animal since the times of pre-Hispanic era, by the Andean people. It is endemic to the South American region.

Camelid are large animals that have long legs and slender necks. They have canine teeth as well as premolars that are similar to the tusks. The specific structure of their leg is the reason why they have to lie down with their legs tucked under their body and rest on the knees. They possess a stomach with three chambers, unlike the other livestock that have four chambers. The llama species can reach up to a height of 1.7 to 1.8m is the adult form, and can gain a weight of around 130 to 200 kg. This species is known to live more than 30 years.

Camelid are said to have an unusual cycle of reproduction. The female llamas are said to be induced ovulators. They do not undergo any estrus cycle. The female llama attains puberty by the age of 12 months, whereas the male llama becomes sexually mature only after 3 years. The mating process is also different; they mate in a lying position, which is quite uncommon in large animals. The mating process can extend from 20 to 45 minutes. After mating, the female Camelid deposits an egg that is usually fertilized in the first attempt itself. The gestation period in this mammal extends till 350 days or around 11.5 months. Unlike the other ungulates, they cannot lick their offspring due to their attached tongue that cannot reach out of the mouth beyond 1.3 cm. They only hum or nuzzle their kids.

Not all the species are bred, but some like llama and alpacas are commonly bred for their skin and meat. It is a growing industry, as the meat of this animal is gaining popularity. A mature alpaca can provide around 60 pounds of flesh. It is available in local food co-ops, online shops, and national distributors or even in farmer’s market that breed this animal. It is very commonly farmed in the U.S. The meat of a Camelid is considered as a protein rich food. It is tender, lean and sweet compared to other meats. It is a most nutritionally superior meat compared to the other types of red meat. It is said to be low in fat, calories and cholesterol, whereas high in proteins. It can be easily substituted for the meat of turkeys or other poultry. Alpaca meat includes tenderloin, rump, shoulder roll, steak, back strap, and the loin. Due to the low fat content, it is best suitable for high-heating dishes. This also means pan searing in which the meat is seared at a high temperature to form a caramelized crust. Grilling is also a good method to use this preheated meat. After pan searing this meat, using it over a preheated oven for cooking will also give a great taste. Over cooking can lead to dry meat, due to the lack of fat, so avoid over cooking.