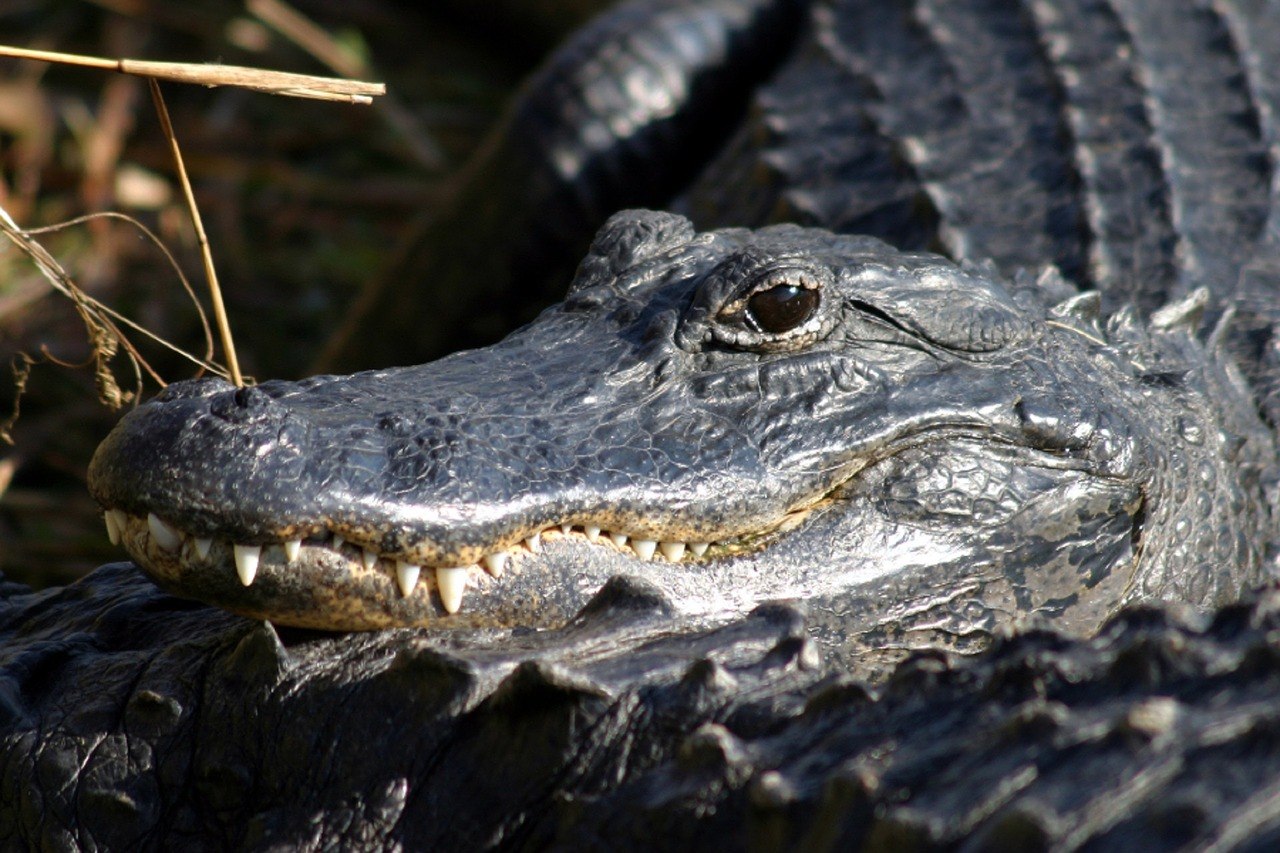 The alligator, belonging to the Alligator genus of the Alligatoridae family is actually a crocodilian. The only existing species of this genus is the Chinese alligator, biologically termed as A. Sinensis, and the American alligator, A. Mississippiensis. There were many species that got extinct, the details of which are known from its fossil records. It is believed that alligators were initially discovered around 37 million years back, during the times of Oligocene epoch.

The American alligator attains a length of 4.0m and a weight of 360 kg, but may also grow up to 4.4m in length and 450 kg in weight. The largest alligator ever recorded was in Louisiana that measured around 5.48m in length. The Chinese alligator is a small species that barely attains a length of 2.1m. It also gains very less weight, may be mere 45 kg in male alligators. Till now, the lifespan of this creature is unknown. In 1937, an alligator of mere one year age was placed in the Serbia’s Belgrade Zoo. It has now turned 76 years of age, and is still healthy. Though there are no valid documents or records to prove its birth date or year, it is considered to be the oldest species of an alligator living in captivity.

Alligators have only two species, and as its name indicates, this creature is endemic to China and the United States. In America, this species reside in the southeastern parts like Louisiana, Florida, southern Alabama, Georgia and Mississippi. It can also be found in the south and north coastal area of Carolina, the southeastern part of Oklahoma and the eastern parts of Texas.  Records reveal that Louisiana has the most number of alligators in the world. In China, the Chinese alligator inhabits the Yangtze River valley, and it is believed to turn extinct soon.  A few populations may be found in wild, but others are captivated in zoos around the world. The early 20th century on, one has heard of alligators and crocodiles being bred in farms and ranches in the US and China, though they never achieved domesticated status. An alligator farm is a place or establishment developed for raising and breeding crocodiles, mainly for producing meat for consumption and leather for manufacturing purpose. Internationally, the farming of alligators is very successfully carried out, especially in the regions like Louisiana, where this farming is a 60 to 70 million dollar business.
Alligator “farming,” originally started by keeping crocodiles and alligators as an attraction for tourists until the 1960s, when commercial activities in this respect commenced with on-line offers of bred alligators or harvested eggs began to surface. The experts opine that this was driven by the sad and the continuing extinction of these animals as a result of excess hunting in the wild.

With the advent of the Official protection act of 1967, as a prelude to the more draconian law of 1973, the “Endangered species act,” alligator farming became a business proposition, mainly for leather production. In the US, farms started to proliferate, especially in Georgia, Louisiana and Florida. Alligator farming turned intense in both the US and China depending on the species available in their respective regions, Australia farmed the saltwater crocodile, while several regions of Africa, farmed the Nile crocodile and the smaller Caymans did not attract market interest, though you can see South America farming the spectacled Cayman.

It is, however, interesting to note that, in the US, work on alligator farming has been distributed among the farms and the ranches, with farms, breeding the alligators and also take up measures for wild-egg collection apart from producing their in-house eggs, and the ranches only rearing the wild hatchlings.

Alligator/crocodile farms can be converted from large enclosed marshes for a larger quantity of animals or you can create a smaller enclosure to keep fewer animals. Remember, however, that crocodiles and alligators have a long lifespan of over 40 years, and they must be provided with enough individual space as adults. Confined and cramped spaces can cause much stress to the crocodiles, and this can bring on several diseases.  You can, of course, generate a fair income from tourism, but care must be taken for the safety of the tourists as well as the animals. Alligator meat is consumed by humans in many parts of the world. Historically, as well as in the present cuisine, alligator meat is a famous dish, especially in the southern parts of the United States. Its eggs are also available for consumption. The meat is considered to be a good source of nutrition for humans, as it has high protein content, and is healthy due to less fat content. It has a mild flavor and the texture of the meat is firm. It is available directly from the alligator farms in the United States, as well as, from some grocery shops, food stores or by mail.

For those who may be wondering how to add an Alligator/crocodile recipe to your culinary agenda, here is a typical, popular and easy recipe for your ready reference.
This is a simple recipe for pan fried alligator meat that you can prepare in less time and without much ado.

Marinate 500 grams of cut alligator meat with salt to taste, one tsp pepper, two minced cloves, a quarter teaspoon of crushed garlic, and juice from one medium sized lemon, and refrigerate for about 60 minutes.

Now, heat oil in a pan, and add the marinated refrigerated alligator meat and fry till golden brown.

Garnish it with vegetables and sauces of your choice, and your Pan Fried Alligator Dish is ready.