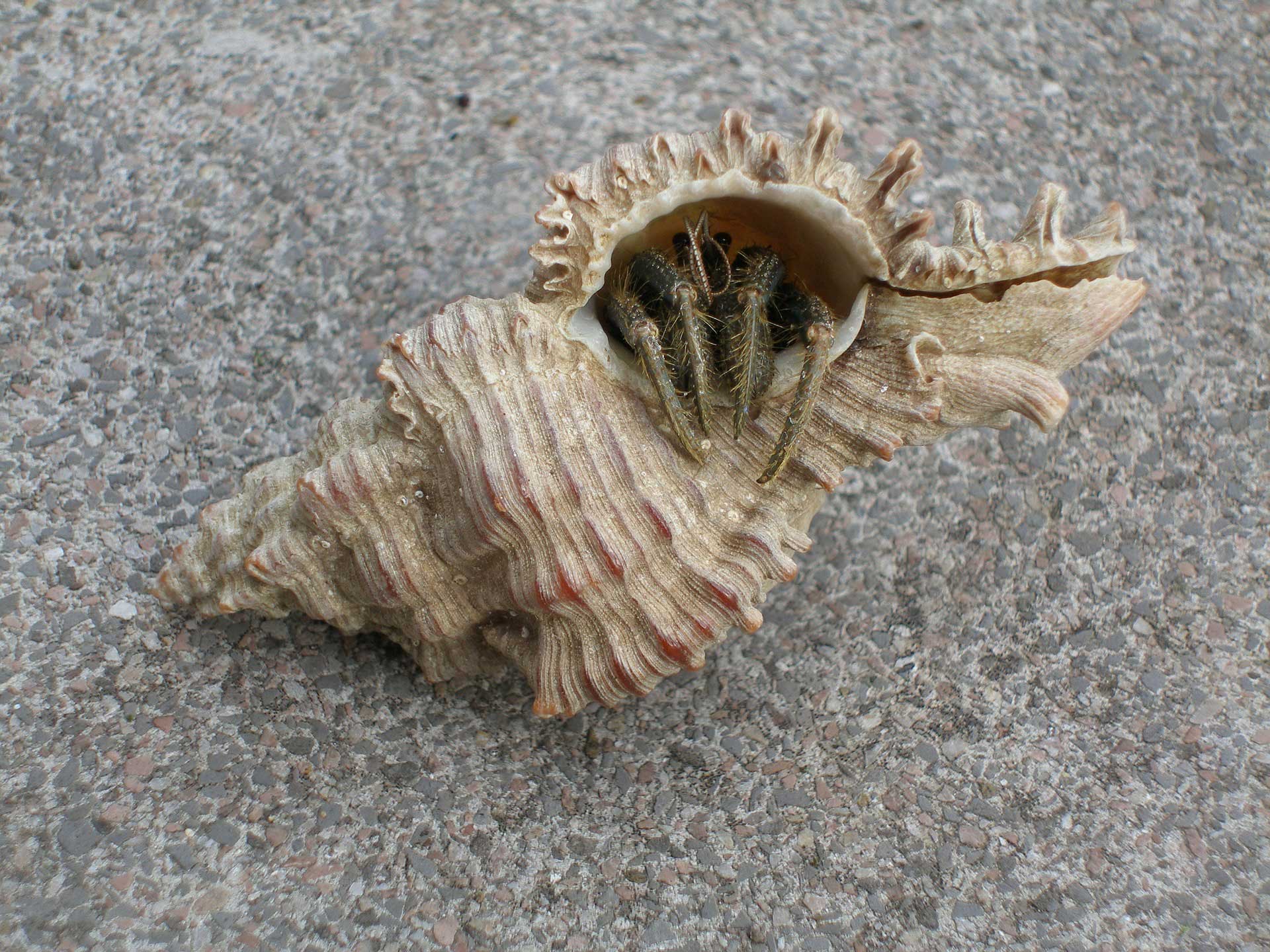 Article about how hermit crabs use shells and what do offer your pet crab.

A lot of people enjoy keeping hermit crabs as pets – but there are a lot of things you need to know beforehand.  One of the most common questions a novice hermit crab owner finds him or herself asking is probably this: Why does my hermit crab need another shell?  Not a lot of people understand the whole molting process.  That is no problem, however, because it is easy to learn about the hermit crab’s need to change shells.

Hermit crabs go through a shedding process in order to grow, like some insects do. Shedding the skin is known as “molting”. After the molt, the crab is larger and so needs a larger place to live. The shell they are in isn’t theirs – they have borrowed it from a sea snail! When a crab gets too big for its shell, it has to move into a larger one. For the majority of hermit crabs, they will need a larger shell every eighteen months or so.  However, certain small hermit crabs may molt more frequently than this.  If at any time between their current molt and their last molt they have lost any limbs or claws, they will grow back during the molting process! Neat!

While the hermit crab is in the process of acquiring another shell, you need to leave him be the poor “naked crab” that is between shells will be soft and vulnerable.  The crab can be very sensitive and delicate during this time, so you do not want to put him in danger. After being in his new shell a bit they will harden up and can be handled again. This little crab probably doesn’t need this big of a shell yet!