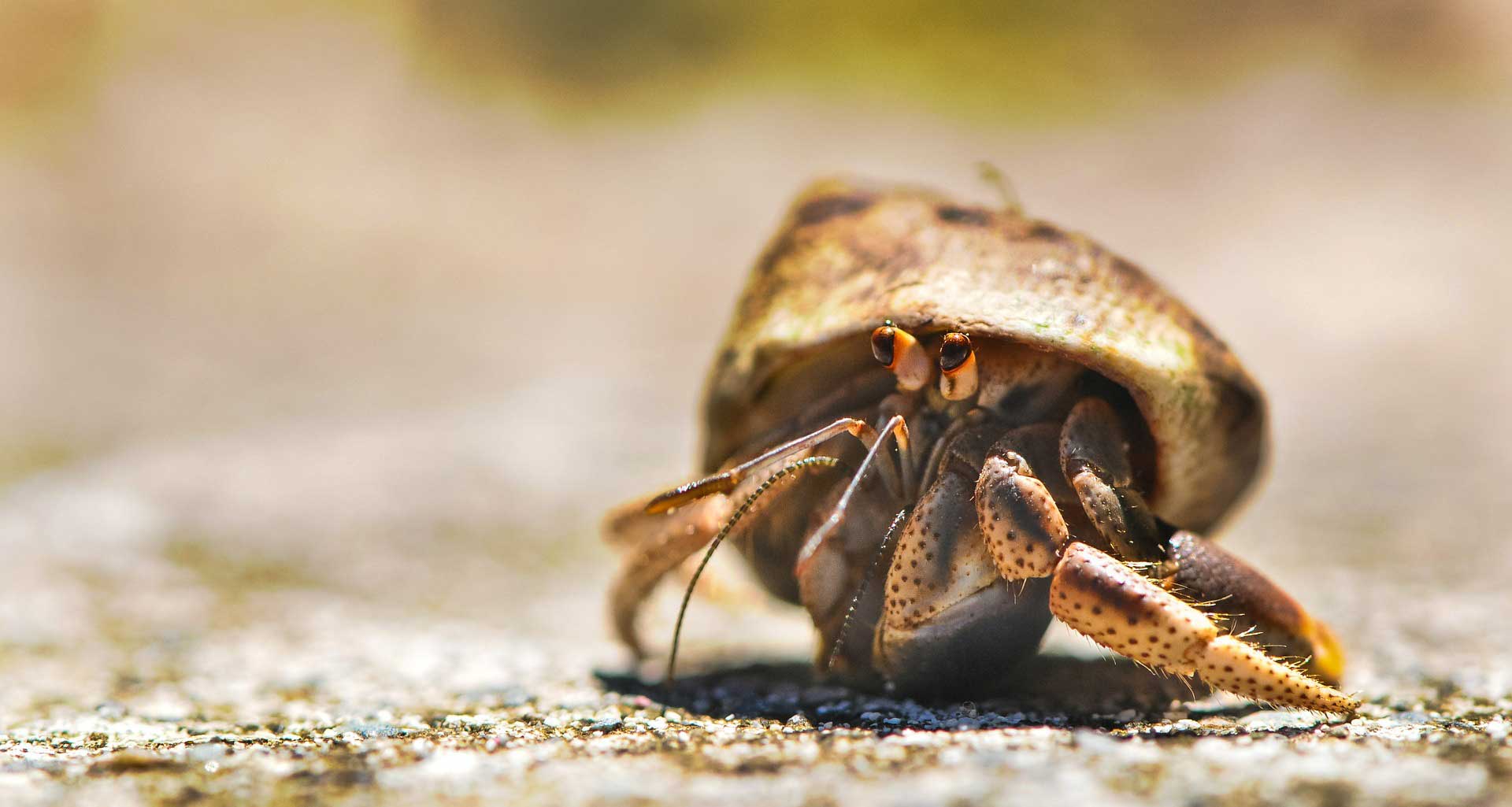 Article about how and why hermit crabs molt.

Hermit crabs, like snakes, shed their skin when they grow new and better skin. This process is called molting. Molting happens naturally about every 18 months for a hermit crab, but smaller hermits might molt more often. During the molting process the crab will regrow any limbs it has lost.

When a hermit crab molts, it will dig a tunnel into the sand so that it can have some privacy and protection from the elements. It is best to provide your molter with a special place to do his thing. If you can, buy a separate molting tank and fill it with about six inches of sand or forest bedding. The sand or bedding should be moist, but not dripping wet. You should be able to make a mound in the substrate that stays put, like when you make a sand castle.

During the molting process it is best to leave your hermit crab alone. Just a squirt of water over the molting tunnel each day is enough to keep hermit happy. Once he has finished molting he will emerge from his tunnel, but he won’t be completely hardened yet. You really should leave him alone during the hardening process, too.

Don’t be surprised if your hermit crab looks smaller after he has molted, because he is smaller a little bit. He will add to his size as he hardens and will get back into shape in no time. There is no need to worry about your hermit crab during the molting and hardening process, it is perfectly natural and he will feel much better after it is over.

You will know when your hermit crab is ready to molt when he starts to change his appearance. His eyes will look foggy and he won’t move around as much. His antennae will look funny, too, and won’t move much. He will also start to dig his tunnel, but he might also dig if his conditions aren’t the best, too, so be sure to check the temperature and humidity of the tank when he starts to tunnel before you assume that he is ready to molt.

One way to know for sure if your hermit crab is about to molt when he digs a tunnel is to first check the conditions of the tank. If the temperature and humidity are fine, then just smooth the bedding out over the tunnel, without collapsing the tunnel on him, and check in the morning to see if he came up to eat or get a drink. You’ll know because there will be a new hole in the bedding. If he has come up then he is probably not molting and is digging for another reason. If he hasn’t, then move him into his new temporary molting home. This little crab probably doesn’t
need this big of a shell yet!