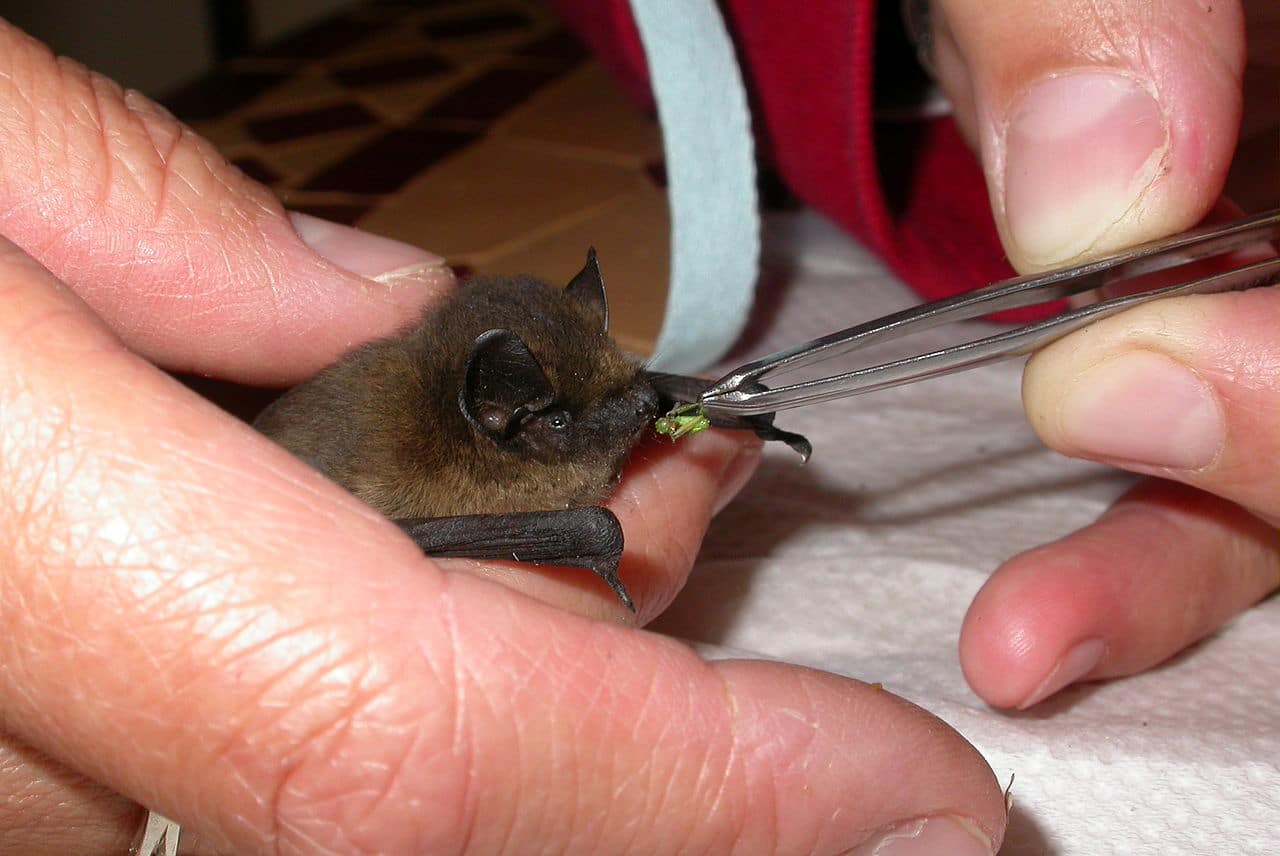 Bats have been portrayed in pop culture as dangerous, blood-sucking creatures since Bram Stoker’s Dracula turned into one in the pages of the immortal novel. But this misconception about bats is just that, a misconception.

Animal lovers know that bats are just innocent mammals who like to feast on all kinds of food items, from nectars to moths to…

…even other bats. Alright, they’re not SO innocent but that’s nature!

Life is unpredictable. We know that the living conditions simply aren’t the same everywhere in the world. Some parts have hot and dry climate all year round, some parts get plentiful of rain, and then again some parts are so cold that survival becomes challenging.

There are more than 1,300 species of bats spread all over the world. In order to survive the different types of living conditions found in their habitat, bats have evolved to adjust their diet according to what’s available in their surroundings.

Have you ever wondered:

Let’s explore the feeding habits of bats and their diets!

Insects Are a Nice Place to Start

Majority of bat species feed on insects. Beetles, mosquitoes, flies, crickets, bees – they like to catch ’em all! An animal or plant that eats insects is known as an insectivore. The little brown bat is one such flying mammal that is crazy about insects.

Bats can consume one-third of their own body weight worth of insects every night. According to some estimates, they gobble up four tons of insects each year. Without these, we’d be swarmed by insects. This is one of the reasons why bats are tolerated in urban settings.

How do bats manage to catch so many insects?

Bats use something known as echolocation, a technique that they evolved to catch their prey. Using this technique, bats emit ultrasound which strikes their object and reflects back. By listening to the reflected sound, bats can estimate where and how big the object is. Then they can easily swoop in, picking up their prey with their tail membranes or wings, and munching on it.

How About Some Small Animals for Snack?

Bats are known to prey on small animals and other vertebrates as well. Birds, fishes, lizards, frogs – all sound delicious to some bats such as the fringe-lipped bat from Mexico. Such is their dedication that they leave their roosting spot while the sun is still up just to hunt frogs.

Fringe-lipped bats really annoy the frogs though. They exploit a big weakness that the frogs simply can’t overcome – their need to mate! When frogs are making their mating calls, these opportunistic mammals are perched somewhere nearby, just eavesdropping. By following the source of the mating call, these bats simply swoop in and catch the froggies.

Remember we said some bats eat other bats? This bat likes to feed on mice, lizards, snakes and other bats. They wait patiently for the right opportunity for three to five hours after sunset, sitting atop high locations. Imagine having to wait for food for this long.

Bats Can Be Mindful Fruit Eaters Too!

To the surprise of many people, several large bats are in fact fruit eaters and are called frugivores. They like the sweet taste of ripe fruits and can finish whole mangoes, bananas, apples, and dates before you can say ten times

black back bat is actually the black bonneted bat

Unlike their insectivorous cousins, these bats have a good enough eyesight to spot fruits and they don’t need to rely on echolocation to find their food.

Frugivorous bats like to eat seeds and pollen as much as they like to suck on nectars. In order to get the most nectar, these bats have developed long and narrow tongues that can slide into some of the bell-shaped flowers. These bats play a major and important role in the ecosystem by pollinating flowers and dispersing seeds. Durian, a very popular fruit in Malaysia, almost died off in the region before it was revived with the help of bats. Few frugivorous bats helped pollinate the durian fruit trees and eventually managed to save them.

You Got Us: Some Bats Do Suck Blood

Some species of bats, uncharacteristically called vampire bats, primarily feed on the blood of mammals. They’ve been named so after the vampires found in folklore and not the other way round.

These vampire bats produce a chemical known as an anticoagulant. This chemical is present in their saliva and prevents the blood of their victims from clotting. Clotting would stop the blood flow and prevent the vampire bats from filling their bellies to their desire.

Bats Will Still NEVER Do This!

You must be thinking:

These vampire bats really must want to suck their victims dry.

Second, blood is actually diluted food with little nutritional value. Vampire bats have to consume a large amount just to get enough nutrients.

Bats Need Water As Well – the Elixir of Life

Many people forget that almost all living creatures need water to survive. Bats also require water and need to consume it regularly as they have no specially modified body parts like camels to store water. Some bats can drink water while they’re flying. But they usually have to make a landing on a water body to get their daily quota. This will splash some water on their body. Instead of drinking it directly from the water body, they prefer licking the water that gets splashed on their chest.

Bats are wonderful mammals who are often misunderstood due to their association with darkness and mystical elements. Do you have any questions? Have we missed out something?