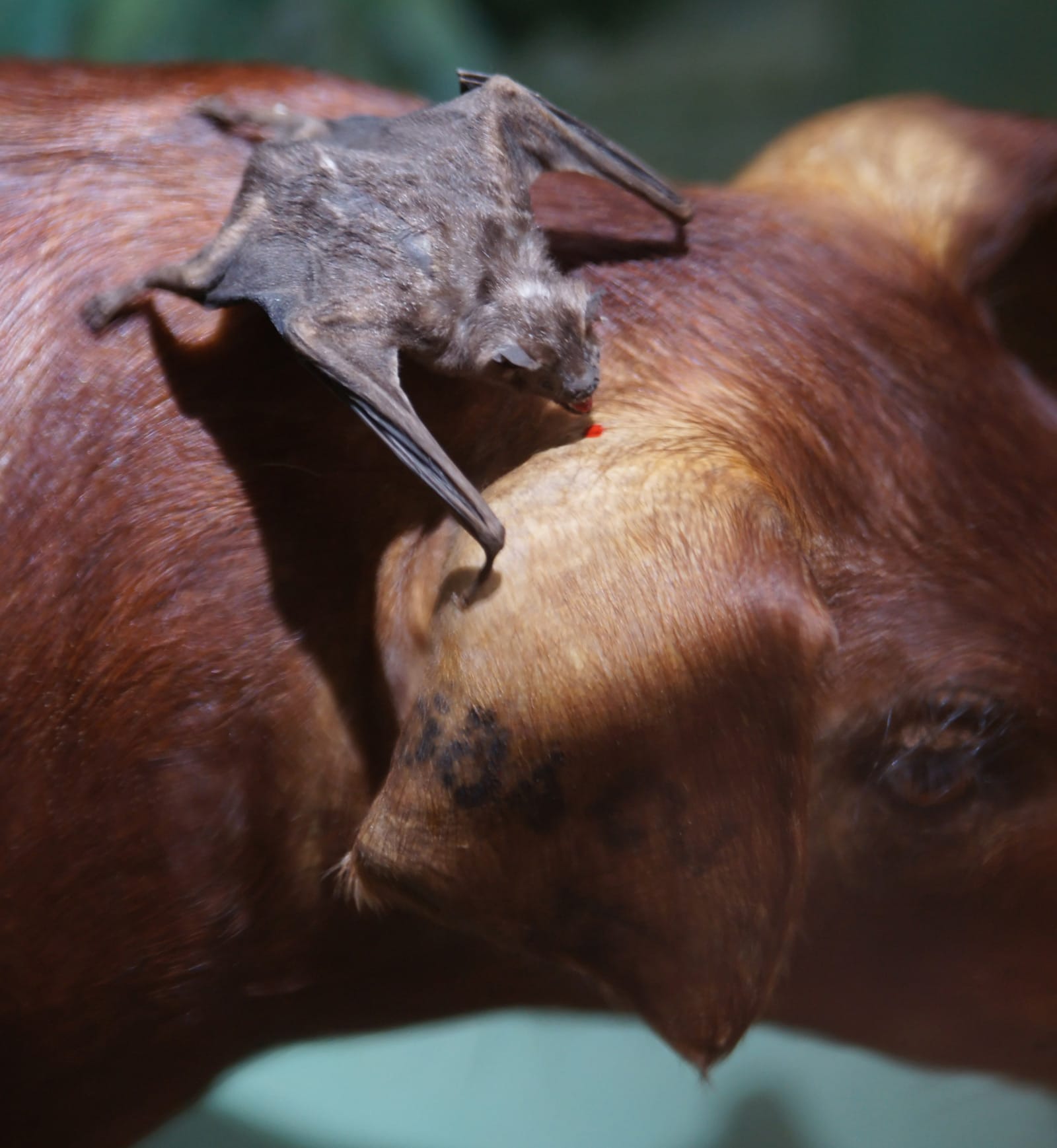 Vampire bats are one of the main reasons why people are not only scared of bats but why bats have gotten a bad reputation over the years.  One of the main things that you need to understand about vampire bats is that they do not usually attack humans.  Vampire bats would much rather feed off of sleeping, smaller animals in order to get their teaspoon-sized meal instead of attacking a human.  There are a few different types of vampire bats and in this article; we will dive deep into detail about one of the most feared bats in the world.  Firstly, there are just three different kinds of bats that feed strictly on blood and they are: the common vampire bat, the hairy-legged vampire bat and the white-winged vampire bat.  All three of these species of vampire bats are native to Latin America, Mexico, Brazil, Chile and Argentina.  However, these bats are mainly found in Latin America.  Now even though these three bats have the same diet of food, they are extremely different from each other in attitudes and also in the families that they are in.  They all look very different and fly differently. But their main food source is exactly the same and therefore they do all hunt the same.  Now, vampire bats will only hunt for their food when it is fully dark outside, so if you are walking around in the daytime, you will never have to worry about running into one of these beautiful yet frightening creatures.  Like most fruit eating bats and fish eating bats, vampire bats will emit only a very low-energy sound that can be heard by bats in small pulses. When a vampire bat locates their prey, they usually try to find prey that is sleeping.  Once the prey is spotted, the vampire bat will land and approach it on the ground; these bats are very agile and graceful and quick as lightning.  Vampire bats are also some of the only bats that can walk, and run at a speed of about 4.9 miles per hour.     Vampire Bat Distribution Map. When they have located their prey and they have landed, a vampire bat will usually use its canine and cheek teeth in order to shave away some of the hairs or feathers on their prey and use their upper incisors to cut deep and drain some of the blood from whichever animal they have picked to feed from.  Now, as soon as the vampire has bitten into their food source, some of the bats saliva will be inserted into the animal. Vampire bats saliva is specifically designed to prolong bleeding, so they can feed from a single animal for quite a long time as soon as they bite them.  Vampire bats saliva does not allow the blood to clot and that is the main reason they can feed from their prey for a long period of time.