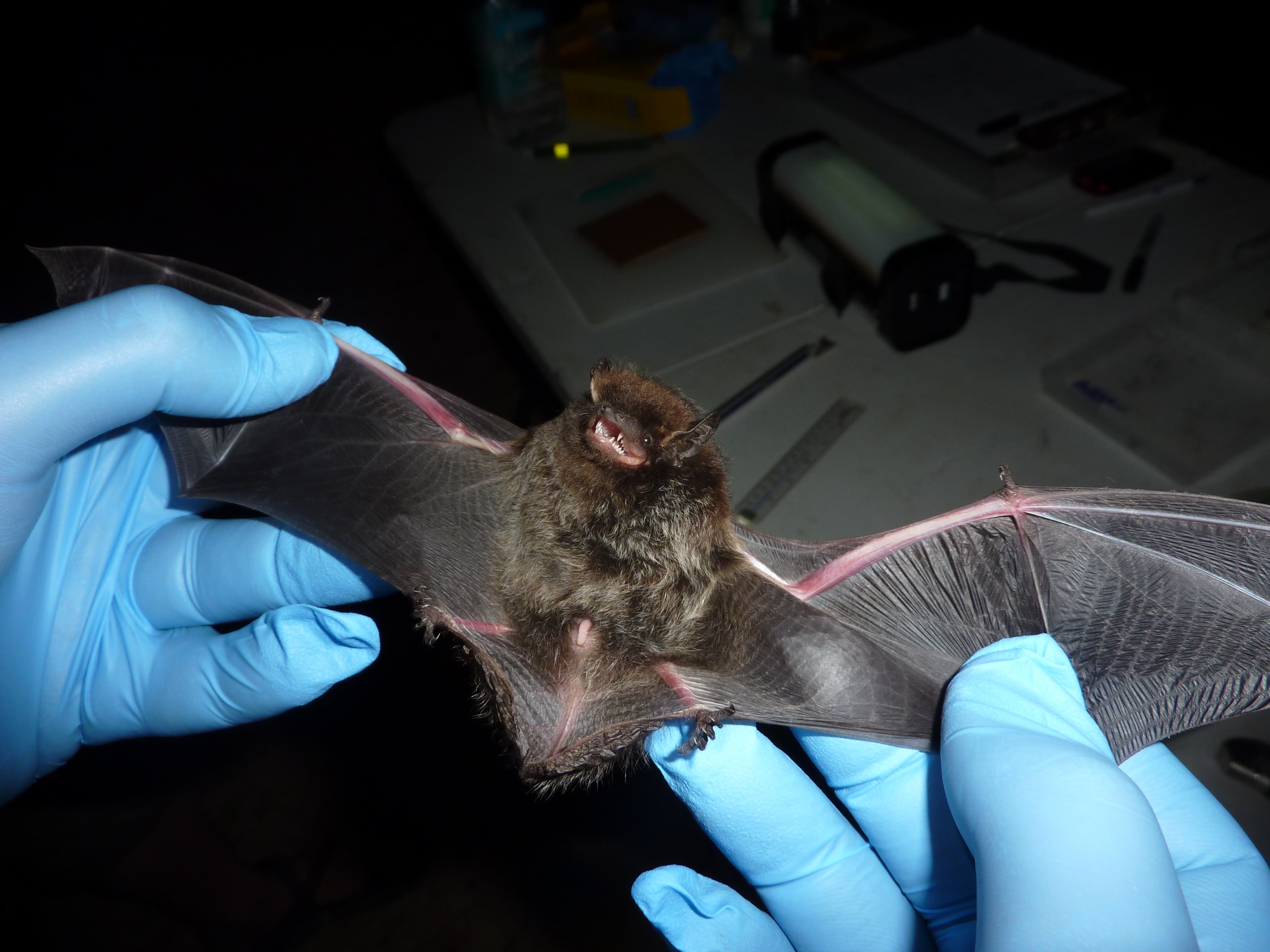 The Silver Haired Bat, otherwise known as Lasionycteris Noctivagans, is one of the most common bats in North America. It is most abundant in areas of Canada and the United States that have a lot of forests. It is medium in size and they typically weigh between nine and twelve grams. Most of these bats have black fur  not brown or dark brown, but black, though there are some rare exceptions. The fur is tipped with silver, as implied by the name. The upper half of this bat’s tail has a lot of fur. This is not seen in most other species of bats.

Most often, the Silver Haired Bat prefers to be alone. As a species, this one is very solitary. The females experience their mating season during the autumn months, right before they are ready to migrate. The sperm from the males is stored during hibernation. The female Silver Haired Bats then ovulate once spring comes again, and typically get pregnant around April or May. The gestation period lasts fifty to sixty days. In general, the females will have one or two babies at a time. The young of the Silver Haired Bat species are very small, they only weigh about two grams. The babies are usually raised in the northern part of the United States and in Canada.

As briefly mentioned the Silver Haired Bat does migrate. They travel south in the autumn, where they hibernate. They prefer a place with a mild climate during the winter. This is because they typically hibernate inside. Although they are well known for hibernating in houses and buildings, they are more well known for choosing a hollow tree or even a spot behind some loose bark, piles of wood, crevices in cliff faces, and the entrances to caves. Studies and research have shown that given the choice between an old, natural forest and a disturbed one, it will always choose the former.

The Silver Haired Bat may be solitary, but the species is still given to colonies. However, they tend to be extremely small. A colony might contain fifty-five bats  or it might contain only six bats. They changes roosts on a somewhat regular schedule. During the summer, however, when the female Silver Haired Bats create small, special nursery colonies of their own, the males roost by themselves. Some of these bats are intensely solitary. They like being alone so much that they will only rarely use the same roost with other bats for longer than two days at a time. At any rate, they prefer very high roosts, which help to keep them safe from predators. Typically, they like a roost to reach more than thirty-three feet in the air. That is part of the reason they prefer older forests: there, the trees have more snags for them, which is ideal for roosting purposes.