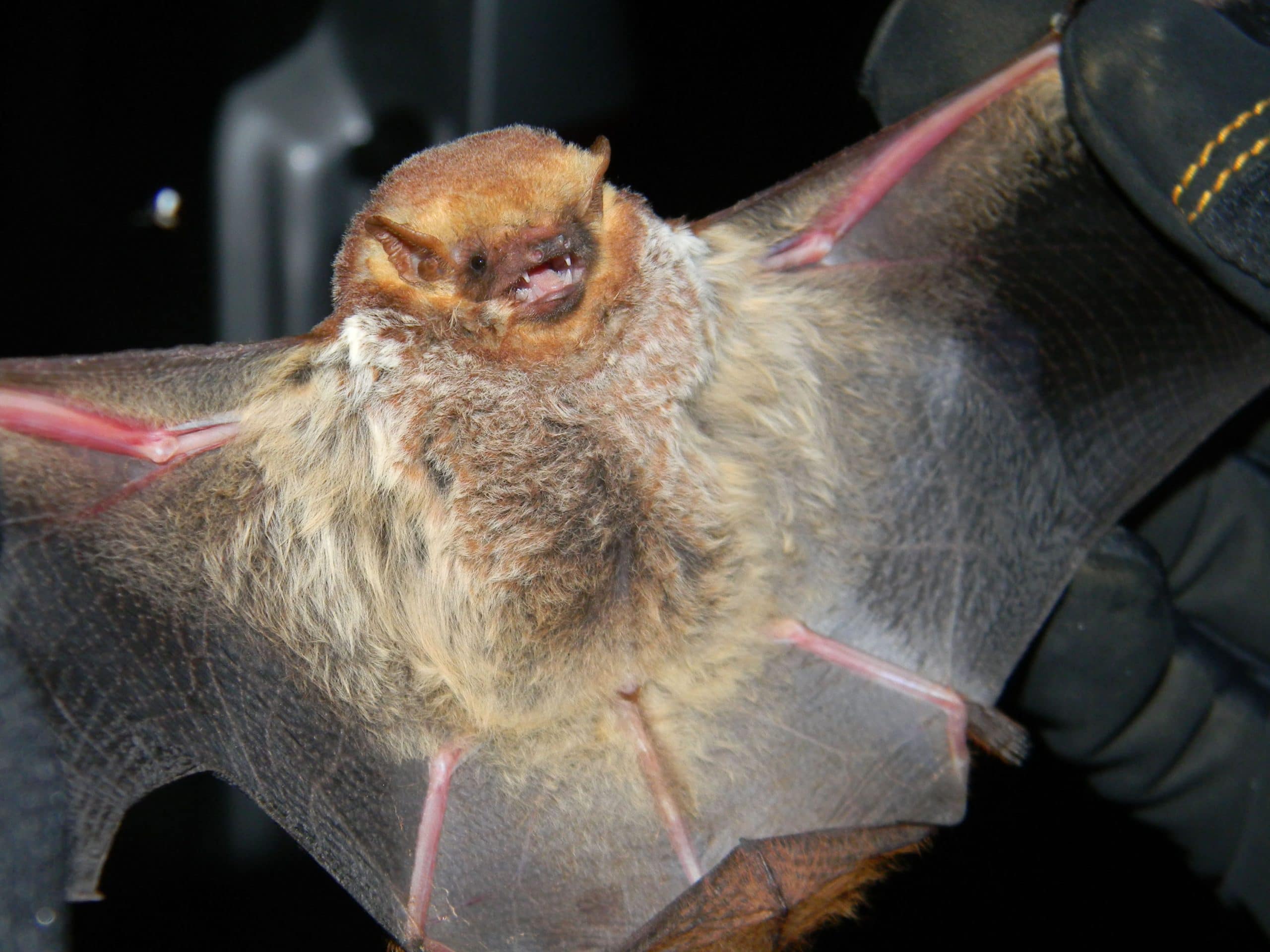 Lasiurus Seminolus, better known as the Seminole bat, is medium in size.  It is dark in color, characterized by a brown fur that is the color of deep, rich mahogany.  However, its appearance is not dark, due to frosted tips that give these bats distinctly red, almost maroon, color.  That is what makes them different from Lasiurus Borealis, the Eastern Red Bat, whose red fur has a more orange overtone.  The Seminole Bat’s tail is very furry, as is the rest of it, especially along its underarms, wrists, and shoulders.  They tend to weigh anywhere between eight and fifteen grams.

As far as the Seminole Bat’s habitat goes, this species prefers mixed deciduous forests.  They particularly like locations where plenty of Spanish moss grows.  However, it also has to be said that not a lot is known about these bats, especially where it concerns preferred habitat, mating habits, population trends, and status.  What is known is mostly conjecture, though it is based on what evidence can be found.

For example, most people assume that the Seminole Bat mates late in the autumn and/or early in the winter.  This is very much like the habits of the Eastern Red Bat.  In fact, there are a lot of similarities between these two species.  Like their red brethren, Seminole bats are very solitary creatures, especially during the winter months and early in the spring.  In fact, it does not appear that they hibernate either.  However, when there are extended cold spells it does seem like they fall into a sort of torpor.  When it gets warmer, they wake up to search for food and eat. It appears that most of the young in this species are born during the latter part of May and the early part of June.  However, this really depends on where the Seminole Bats are located.  It also depends on climate, with many experts believing that birthing periods can be much different in different climates.  The female Seminole Bat may give birth to one baby or to as many as four.  The young in this species grow very fast.  Within about two weeks, they look just like their mothers, fur and all.  By the time they are a month old, they are typically able to fly.

These bats like to roost within the folds of Spanish moss, especially during winter weather and in the spring.  Typically, their roosts exist in areas with plenty of shade.  The young in this species are raised in the foliage.  The bats like to be able to drop into flight from their roost.  This makes it easy for them to go out in the early evening  when the weather is warm enough  and feed.  Like most other bats, the Seminole Bat subsists on a diet of beetles, flies, ants, bees, and leafhoppers.