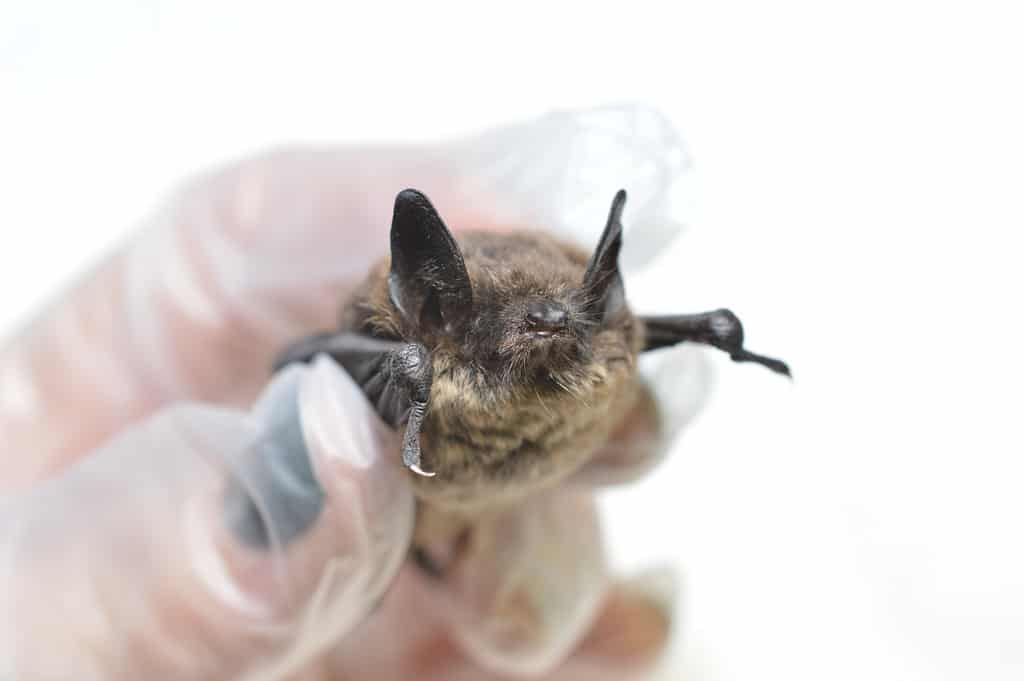 Have you heard about the Big Brown Bat?  Well, now it is time to discuss the Little Brown Bat, which is also known, scientifically, as Myotis Lucifugus.  Although these bats are qualified as being medium in size, they really are small compared to most of their brethren.  They only measure four inches long on average and their wingspan is approximately ten inches.  They are indeed brown, ranging in color from medium to a buff kind of brown, and their fur tends to be very glossy (see picture).

The Little Brown Bat is very adaptable, especially where humans are concerned.  They have reached the point where they are largely not bothered at all by our presence.  The versatility of where they live and occur extends throughout other aspects of their lives as well.  Like most other bats, these bats hibernate.  They like to do so in caves, in mines, and in quarries located underground.  However, all of these areas have to have acceptable temperatures.  The Little Brown Bat likes warm, moist areas, especially when they choose to hibernate in a cave.

These bats are not solitary creatures by any means.  However, when they roost, they do not do so in groups or clusters.  They do not like to be tightly packed together.  Quite the contrary, when these bats roost, they instead hang in single rows, typically in the cracks located along the rocks.  Sometimes, they are known to hang in very loose clusters.

Like a lot of bats, the Little Brown Bats migrate.  They head south in the fall and typically hibernate in portions of the southern United States, such as Kentucky, Texas, and so on.  After they come out of hibernation in the spring, the females of the specials begin forming birthing colonies, also known as a maternity colony.  These colonies can encompass a few hundred bats.  The members of these colonies like to roost in buildings and barns, especially attics, which are known for being extremely warm and appropriately excluded.  The baby bats are born in June.  The Little Brown Bats only has one pup.  They can fly in as little as three weeks after they are born.  Sometimes, the male bats will roost with the females, but more often than not, they roost by themselves, typically in buildings, trees, loose bark, and bridges.  Like most other bats, both the male and female Little Brown Bat enjoy feeding on small, winged insects, especially beetles of all kinds.