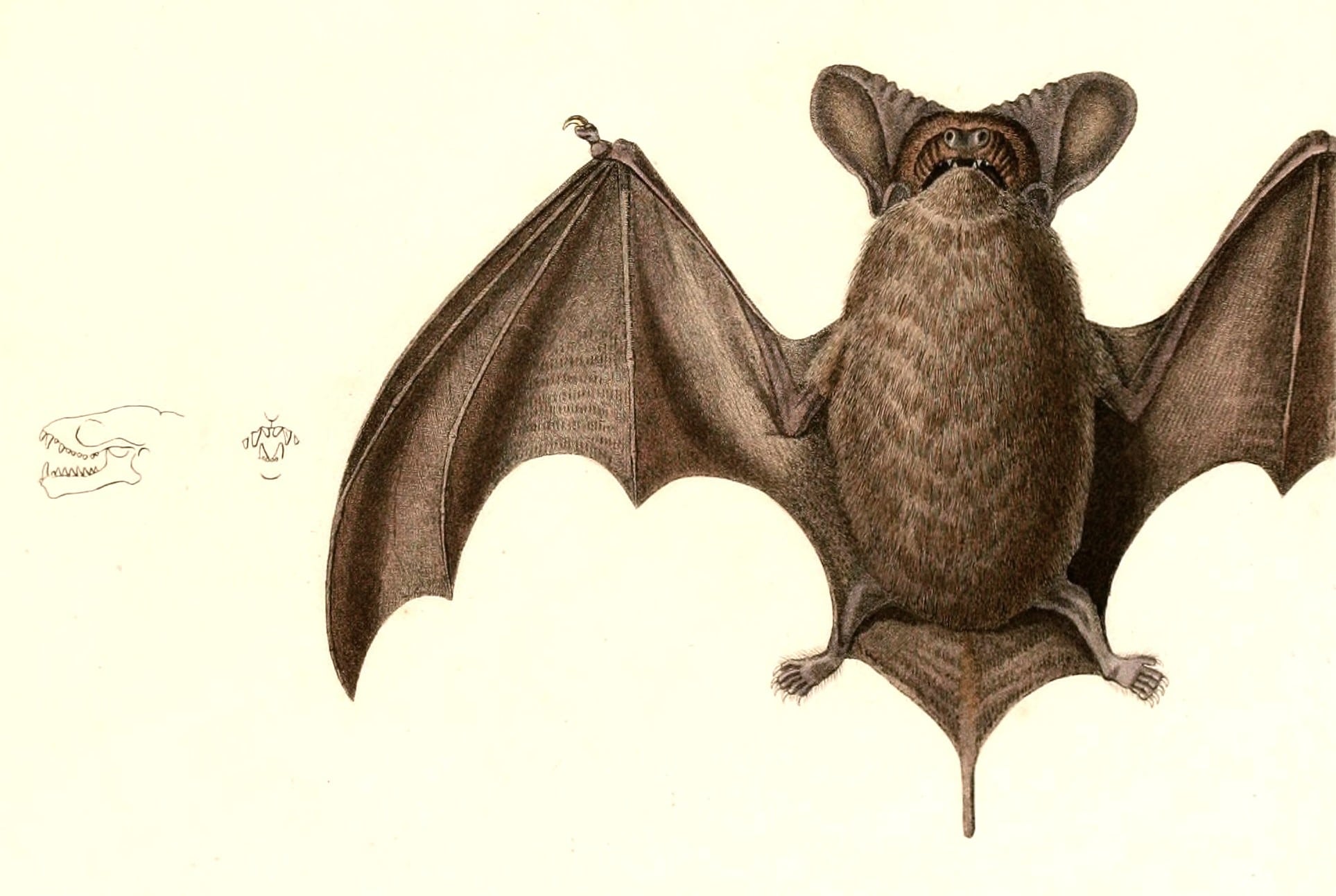 There is a huge amount of information known about the Brazilian Free-Tailed bat, scientific name:  Tadarida Brasiliensis.  The Brazilian Free-tailed Bat is a medium size.  It has broad ears and big feet.  Half of its tail is not attached by with wing membranes, so its considered a free tail thus the name.  The upper part of its body ranges from being a reddish shade to being black.  The underside of its body is much more pale.  It has very large teeth, and can have as many as six incisors.  In fact, that is the average, though some of these bats have four incisors and others have five.  Although it is classified as being medium in size, it is much larger than a number of other medium sized bats at ninety-five millimeters long.  Its tail is thirty eight millimeters long, its feet are ten millimeters long, its ears are an astounding nineteen millimeters long, and its forearms are forty two millimeters long.  It can weigh anywhere between eleven grams and fourteen grams.  These bats are common in the United States, especially down south.  They are frequently spied in Central and South America as well, as you might expect.

The Brazilian Free-tailed Bat is very versatile in its choice of daytime roosts.  They like to use mine tunnels, caves, hollows in trees, old and/or abandoned wells, bridges, domestic houses, and a variety of other buildings.  Despite that versatility, this bat has some very specific requirements for what qualifies as a good roost.  Most notably, they choose the roost as a colony, so there must be enough room for all the bats in the colony to roost.  This is a pretty big requirement, because while some of the colonies only have a few dozen bats, others of them can have as many as a few million.  The roost needs to be fairly dark, and it also has to be dry.  There must also be plenty of room below, because they need the room to drop when they take off to fly.  So, the hollow spaces under roofs, open spaces between buildings, hollow places in walls, attics, and even the smaller spaces located between buildings and signs can be used.  When a colony of Brazilian Free-tailed Bats choose a cave in which to roost, it can be known as a guano cave.  If you have ever seen any of the bats found in the famous Carlsbad Caverns, then you have likely seen quite a few of these bats, as they comprise most of the bats in those caves.

They are easy to identify when they are flying as well.  They typically take off and begin to fly right before it gets dark.  They tend to drop very close to the ground and then swoop up and go high.  They fly very quickly and are known for being very aggressive when they are on the wing.  This can be attributed to their build, especially their wings, which are sharply angled, long, and very narrow.  Because they are so big and strong, catching food is easy.  They eat mostly moths but are also known to dine on leaf chafers, ground beetles, leaf beetles, weevils, water boatmen, winged ants, leafhoppers, and green blowflies.